Undoubtedly most people have heard or even themselves said, “Am I my brother’s keeper?”

This infamous phrase, “Am I my brother’s keeper?” was uttered by Cain, the first murderer in the history of mankind.

This first murder came shortly after mankind’s first sin. God expelled Adam and Eve from the Garden of Eden for their sin of disobedience and wanting to Be Like God. Adam and Eve ate from the Tree of Knowledge of Good and Evil. (Genesis 3:6)

Cain was the firstborn son of Adam and Eve. Cain was a tiller of the ground and older brother to Able who was a keeper of sheep. (Genesis 4:1-3)

Both Brothers brought offerings to the Lord. The Lord respected Abel’s offering, but He did not respect Cains. Cain became very angry to the point of premeditated murder. (Genesis 4:3-5,8)

We do not know exactly why Cain’s offering was unacceptable to God. We do however know that it involved the evil intent of his heart. John writes in scriptures that Abel’s works were righteous while Cains were evil.

For this is the message that you heard from the beginning, that we should love one another, not as Cain who was of the wicked one and murdered his brother. And why did he murder him? Because his works were evil and his brother’s righteous. (1 John 3:11-12)

God knew the evil that swelled in the heart of Cain, to the point of murder. God tested Cain by asking, “Where is your brother Abel?” Cain responded with a ‘bold faced lie’ revealing the evil within him. He said, “I do not know. Am I my brother’s keeper?” (Genesis 4:9)

Satan would have everyone to believe that they are not their brother’s keeper. Satan most assuredly does not want Believers to look out for one another.

Satan has successfully convinced some Christians that it is acceptable to turn a blind eye, ignoring sins that hurt and hinder others, because it is not their responsibility to interfere.

Satan has twisted the meaning behind the verse of Genesis 4:9. Effectively rendering Christian fellowship dry and superficial. Satan does not want Believers to genuinely care, love, nurture, and protect one another.

While we can not be wardens. A ‘keeper’ controlling another person’s self will and lifestyle. In this regard, we can not be held responsible for our Christian brothers and sisters when we are not present or are unaware of sins, acts of violence, or persecutions committed against others.

Everyone is his brother’s keeper in that we ourselves are not to harm or commit acts of violence or other sins against them or knowingly allow others if it is within our power to prevent it.

See that no one renders evil for evil to anyone, but always pursue what is good both for yourselves and for all. (1 Thessalonians 5:15)

You shall not steal, nor deal falsely, nor lie to one another. (Leviticus 19:11)

Bear one another’s burdens, and so fulfill the law of Christ. (Galatians 6:2)

By this all will know that you are My disciples, if you have love for one another. (John 13:35)

Therefore let us not judge one another anymore, but rather resolve this, not to put a stumbling block or a cause to fall in our brother’s way. (Romans 14:13)

And let us consider one another in order to stir up love and good works. (Hebrews 10:24)

The aforementioned verses clearly show Believers, that it is indeed a requirement of God who demands that we are our brother’s keeper.

Cain’s blatant lie validates his lack of humility, compassion, morality, and brotherly love. Cain’s own selfishness and lack of honest empathy towards other humans, is the seed that gave rise to his evil lecherous ways.

There are many Christians who practice a sort of Cain mentality. Many in the body of Christ pretend to care, and show a fake superficial love towards others. What’s worse, is that many believe that they are being genuine in their selfish efforts.

Christianity is not a ‘fake it till you make it’ curriculum.

Cain’s heinous mentality is exposed further when his unrepentant, selfish, and self-centered nature is unveiled in a self-absorbed remark to God. And Cain said to the Lord, “My punishment is greater than I can bear!(Genesis 4:13) Cain is only concerned for himself and shows no remorse.

We must guard our hearts and minds. Christians must keep a tender heart that shows the love that Jesus died for. Jesus taught his disciples ‘and us’ the importance of being our brother’s keeper.

It is not always the case, to unwisely assume that our brothers and sisters in Christ are aware of their Cain mentality. Sometimes new Christians need correction and teaching to grow and mature in their walk with the Lord.

This is where the bible teaches us to meet the problems head on with assertive yet compassionate tough love.

We must first confront our fellow Believers alone and educated them as to the nature of their sin. If they listen then your job as your brother’s keeper is done.

If they do not hear you and continue in their behavior, then they must be confronted with witnesses. If they are still unrepentant then the Church body as a whole must try to reach out to help in the situation.

If after following these steps, a fellow Christian remains steadfast in their sin, then fellowship is ended and they can be considered secular in their salvation.

“Moreover if your brother sins against you, go and tell him his fault between you and him alone. If he hears you, you have gained your brother. But if he will not hear, take with you one or two more, that ‘by the mouth of two or three witnesses every word may be established.’ And if he refuses to hear them, tell it to the church. But if he refuses even to hear the church, let him be to you like a heathen and a tax collector. (Matthew 18:15-17)

This does not mean we are to be angered and count them as hopelessly lost to Damnation. It just means that they are to be dealt with at arm’s length. You now know, the Lord is not the one guiding their ways.

But as for you, brethren, do not grow weary in doing good. And if anyone does not obey our word in this epistle, note that person and do not keep company with him, that he may be ashamed. Yet do not count him as an enemy, but admonish him as a brother. (2 Thessalonians 3:13-15)

As in any endeavor we must seek guidance from the Lord. We must let God deal with ourselves and others in His own righteous way.

This is where we should know when to get out of God’s way.

Vengeance is Mine, and recompense;
Their foot shall slip in due time;
For the day of their calamity is at hand,
And the things to come hasten upon them.’

“For the Lord will judge His people
And have compassion on His servants,
When He sees that their power is gone,
And there is no one remaining, bond or free.

God is the one who will tell your heart when to step aside. God will ultimately decided when to give up on each person. God knows those who have the mentality of Cain.

Therefore God also gave them up to uncleanness, in the lusts of their hearts, to dishonor their bodies among themselves, who exchanged the truth of God for the lie, and worshiped and served the creature rather than the Creator, who is blessed forever. Amen. (Romans 1:24-25) 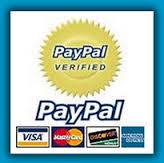